Last season the Blues took another step forward in their journey to bring the Stanley Cup to St. Louis. But after two thrilling 7-game series against division rivals, the Blues once again failed to win it all, losing to the San Jose Sharks in the Western Conference Finals.

All in all, it was an encouraging spring for Blues fans as the team was able to step up in the important moments. Perhaps most importantly, the Blues earned some respect from the rest of the league.

Winning two rounds last year naturally led to increased expectations for this season. At the same time, however, this season is going to be one of transition in a number of ways. High expectations usually don’t blend well with transition. This worries me, and my worries were confirmed by what I saw Wednesday night in Kansas City.

I’m going to start previewing this season by reviewing what happened this summer. 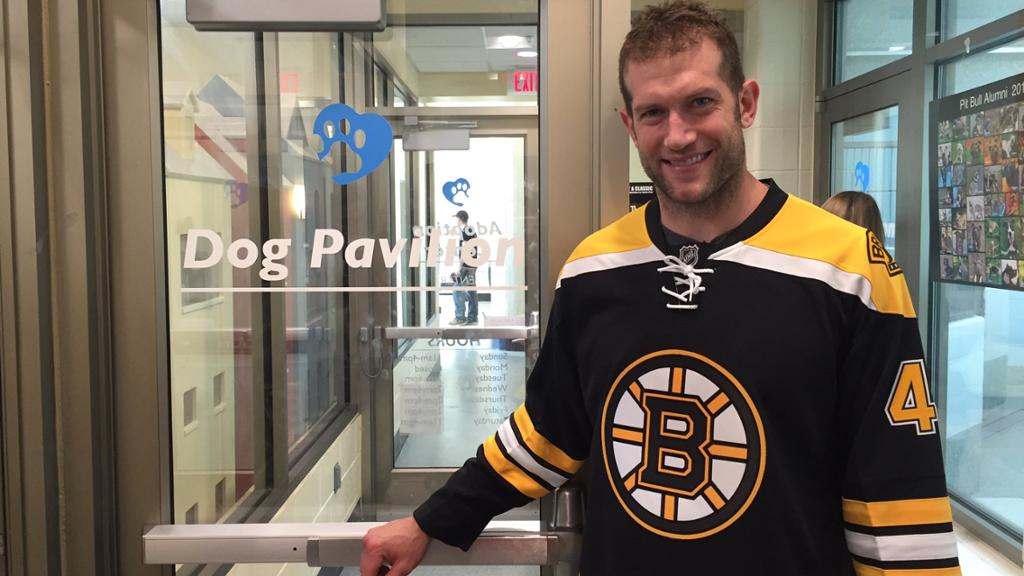 After being drafted by the Blues in 2003 and serving as captain for 6 years, David Backes will not be wearing the Blue Note this year. This summer he signed a 5-year, $30 million contract with the Bruins and then wrote a very nice farewell letter to Blues fans. It’s tough to see a guy like that leave your franchise, but I believe the Blues made the right decision by not signing him to a contract with that combination of term and value.

Another substantial loss this summer was Brian Elliott. Coming off of a nice playoff run, Ells was traded to the Calgary Flames for the No. 35 pick in the 2016 NHL draft and a conditional third-round pick in 2018. The Blues were able to receive value for their Moose, an impending free agent in the summer of 2017, before his contract ended.

Speaking of Calgary, the Flames were ready to throw money at Troy Brouwer this summer. After a very successful postseason, 31-year-old Brouwer signed a 4-year, $18 million contract with the Flames.

David Perron is back in town! The winger signed a 2-year, $7.5 million contract with the team that drafted him. With money for Backes, Brouwer and Elliott off of the books, the Blues had a little bit of spending power, so they spent a chunk on Perron. More on this later.

With Elliott playing north of the border, the Blues anointed Jake Allen the full-time starter and signed former Predator Carter Hutton to be his backup. I believe Hutton could be a solid backup for the Blues; he has had a very nice preseason with his new team.

The next addition was to the staff behind the bench. Mike Yeo—yes, THAT Mike Yeo— is the heir to Ken Hitchcock’s throne. Yeo’s addition, however, seemed to trigger the departure of two coaches that have been very influential for the Blues: Brad Shaw and Kirk Muller. One could ask if they each wanted to seek a better opportunity after learning that they weren’t chosen to succeed Hitch.

Jaden Schwartz was a restricted free agent this summer and signed a 5-year, $26.75 million contract to cement his position as core member of this team.

Alexander Steen signed a 4-year, $23 million contract and will attempt to continue to serve as one of the team’s influential veterans for the next few years.

Of course lines always change, but here’s what I’m thinking the lines will look like this season based on preseason lines and my personal preferences.

Some thoughts about these lines:

While these lines are solid, there’s just something about them that concerns me. This leads me to…

When Hitch arrived in St. Louis, the Blues were a younger team that didn’t have a spectacular amount of talent. This was the perfect setting for Hitch to implement his 200-foot, defensive-focused game. The Blues were a physical team that could scrape out a goal or two and make the lead stick. In the years since, the Blues have gathered quite a bit of skill making Hitch’s system less of a fit. This has led to discussion of whether or not Hitch will be able to change his style of coaching to best suit this more skilled roster.

Another part of this question is how Yeo coaching with Hitch will affect the team’s style of play this season. How much say will Yeo have when making these decisions? Will essentially having two head coaches behind the bench lead to mixed signals being given to the players?

Regardless of what style of play is used, each team needs a few players who aren’t afraid to battle in front of the crease. Ugly goals win games and, more importantly, playoff series. Backes and Brouwer were the best at doing this for the Blues last year. Now that they’re both gone, it’s reasonable to ask which players will fill this role. Jaskin has the size to do it, but to this point in his career he hasn’t utilized his size on the ice. I’ve also read that Perron, even with his smaller size, will try to fill this role. I’m skeptical. I don’t know who this player is, but I wouldn’t mind seeing the Blues bring in a bigger guy who has nice possession numbers but also is big enough and brave enough to fight in front of the crease.

How could the Blues acquire a player like this? Much has been made about Shattenkirk’s impending free agency. An offensive defenseman like Shattenkirk is worth a pretty penny in free agency, but he’s a second pair defenseman in St. Louis with Pietrangelo locked into the right side of the top pair. It would be difficult for any team to pay Shattenkirk the money he will demand to play on the second pair. This summer I was convinced the Blues would trade Shatty at the draft so the team who acquires him could have an entire season to work out a new contract before he hit free agency. Trade rumors were flying, but Blues General Manager Doug Armstrong never made a deal. The opportunity for a trade is still there though, and I think the Blues would be wrong to not keep taking calls all season. You never know when a team may get desperate or when you may have a hole open on your roster that you need to fill. Trading Shattenkirk would allow Parayko to play more and open up an opportunity for a young righthanded defenseman like Jordan Schmaltz or give more playing time to a guy like Bortuzzo.

This summer’s trades put pressure on two players in particular, in my opinion. Perron and Allen will each be depended on. Perron will need to offset the loss in production from the Backes and Brouwer departures. Jake Allen will be asked to start 70 games and take command of the starting role. Yet, there is even more pressure than that for these guys. Perron is coming back to the franchise that drafted him. You can’t tell me that he’s not under at least a little more pressure than an average free agent would be. Allen’s extra pressure also comes from the Blues past. Several years ago the Blues had Allen and Ben Bishop coming up the minor league system. Armstrong knew they both had the potential to be full-time starting goalies in the NHL, and knew that they couldn’t both stay. He chose to trade Bishop who is a few years older. Since then, Bishop has won 126 games and has a career .920 save percentage. He has also finished top 3 in Vezina voting twice and won 21 playoff games. I would not be surprised at all if Allen compares himself, at least a little bit, to Bishop knowing that the Blues traded a guy like that to keep him.

Another concern of mine, although smaller than the concerns I already mentioned, is the potential of Fabbri and Parayko going through the dreaded sophomore slump that second year players seem to have in just about any sport. I think Fabbri would be the most susceptible to this as a smaller player.

I believe any major trades this season would need to involve Shattenkirk’s departure. The Blues could use this to acquire draft picks or perhaps a bigger body as I mentioned earlier.

Other moves that could be made include call ups. I already mentioned Jordan Schmaltz; no matter how Shattenkirk leaves, I think Schmaltz will fill in for him on the right side  of the third pair after Parayko moves up to the second pair. Petteri Lindbohm is another defenseman who could see time in the NHL if there are any injuries the Blues main corps. On the offensive side, Ivan Barbashev is a player I’m excited to see reach the NHL, but he may still be a year away.

There is a bit of a wild card here though because the Blues still have $2.7 million in cap room available. This isn’t a hefty sum, but it is what is left over after Armstrong had to leave a gap in case Sobotka decided to return from the KHL. This space could come into play if the Blues decide to make a substantial trade during the season that would involve taking on salary.

I don’t like making predictions, but I will say that I don’t think the Blues will win the Central this year. To me the current roster design doesn’t scream playoff success unless Tarasenko takes the team on his back and someone successfully and regularly sets up shop in front of the opponent’s goalie. I realize I may be overly skeptical, but there’s just something about this roster and the transition in leadership/style that scares me.

This team will definitely be able to compete, but I think it may need another piece to be dangerous and go as deep as it did last year.

In the end, it will be fun to see how the season plays out. In all likelihood I’ll look back at this post in three months and laugh at myself for being so stupid. That’s the fun of hockey.

We hopped on a train and NY-see'd a lot this weekend.
Emily informed me this is the first time she has been on my feed ... after 3 years together. Sorry ❤️
Alexa, play "Take Me Home, Country Roads" by John Denver
Loading Comments...
%d bloggers like this: