What an exciting day for Major League Baseball!

Could this have been the best single day for the league since Day 162 in 2011? I certainly believe it’s close. Here are my thoughts on each of today’s trades.

If anyone else woke up early this morning as I (for some reason) did, you heard the first big deal of the day as Jon Lester was sent to Oakland. Originally I was surprised, but not absolutely shocked, that Lester was heading to the Bay Area; however, I was shocked to hear the Red Sox were receiving Yoenis Cespedes in return. Lester and Jonny Gomes were sent from Beantown to the Bay Area in the huge deal. Cespedes alone had more homers (17) than all of Boston’s outfield thus far this season. Beane most likely assumed his team couldn’t afford to resign the Cuban star at the end of his contract, making Cespedes the perfect trading chip when they want to win now. 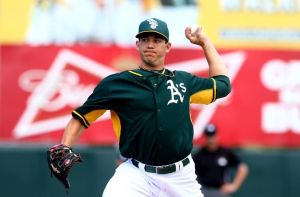 As Oakland brings in talented arm after talented arm, someone was going to be left out. Tommy Milone found himself in this situation and was subsequently dealt to Minnesota for outfielder Sam Fuld. Many analysts and baseball fans alike believe Minnesota received a bottom-basement bargain as Oakland dumped an extra pitcher.

Boston wasn’t near done after dealing Lester. Later in the morning the Red Sox dealt another starter as John Lackey was sent on a plane to St. Louis to meet the Cardinals. In return the Red Sox added OF/1B Allen Craig as well as RHP Joe Kelly. This deal sent shock waves through baseball. Cardinals fans were shocked to see Craig, who caught the final out in the 2011 World Series and hit over .330 with RISP last year, sent away after struggling at the plate this year. The reviews in Boston seemed positive as Kelly has a power arm and Craig’s history is good. The Cardinals admired Lackey’s league minimum, $500,000 team option for 2015 as they looked for starters to eat innings the rest of the season with Wacha and Garcia on the DL. Boston gladly takes Craig’s salary and Kelly’s power arm as the Cardinals get the veteran starter as well as a prospect left handed pitcher.

Up in Milwaukee the Brewers wanted to bolster their outfield as they try to fight off the Pirates and Cardinals. To do it they added one of baseball’s best defensive outfielders in Gerardo Parra. Parra can play all three outfield positions. Minor league infeilder Mitch Haniger and lefty pitcher Anthony Banda landed in Arizona. 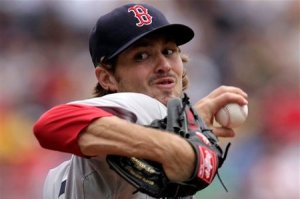 The Red Sox dismantling was coming to an end as they sent LHP Andrew Miller to the Baltimore Orioles. Keith Law praised the deal that brought Eduardo Rodriguez to the pile of new Boston acquisitions. Many analysts also say this deal could be a huge gain for the Orioles.

Trying to stay in the race out west, the Seattle Mariners looked south into southern California where they grabbed OF Chris Denorfia from the San Diego Padres. The Mariners sent outfielder Abraham Almonte as well as RHP Stephen Kohlscheen to the Padres. Denorfia is hitting .242 and 16 RBI and 8 stolen bases this season.

Asdrubal Cabrera, or what’s left of him, was sent to Washington as the Nationals looked for infield help. The 28 year old has been in decline as his bat speed is down leading to his batting average dropping from .308 in 2009 to .246 this season. Cleveland received Zach Walters who has only played in 40 major league games.

The Yankees are so desperate to find pieces that they made their first deal with their biggest rivals since 1997. The Red Sox, equally desperate to sell and retool, sent Stephen Drew and $500,000 to the Yankees for veteran infielder Kelly Johnson. This is an interesting deal in many ways as they ask Drew to replace struggling veteran Roberts at second base. Drew is unfamiliar with the position but will transition from shortstop. 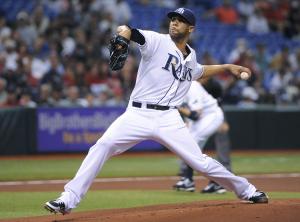 With approximately 15 minutes before the deadline it became clear a three team deal was being worked out. David Price headlined the deal as he was sent to Detroit. The Tigers, in the middle of a day game, removed Austin Jackson in the middle of an inning (When the count was 2-2!) and sent him to Seattle. The Mariners turned around and sent LHP Drew Smyly (6-9, 3.93 ERA) and INF Nick Franklin (6 hits in 17 ML games this year) back to Tampa. This deal sent waves around the baseball world for more than one reason; most people expected the price for Tampa’s ace to be much higher. Earlier this week rumors stated the Rays were asking for 2 top tier prospects as well as a pick. How did that turn into Nick Franklin and Drew Smyly?? It seems as though Tampa got desperate as they decided they had to receive something for Price before he walks at the end of the year. But are Smyly and Franklin worth not having Price for any potential miracle run at the wild card? 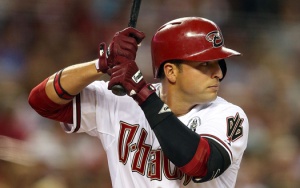 Before the deadline the Yankees retooled with Chase Headley, Brandon McCarthy, and Esmil Rogers; today the Bronx Bombers added a utility guy in Martin Prado. Arizona received a minor league catcher and either cash or a PTBNL. Prado is a solid player and the Damn Yankees could use a few of them if they want to compete in the AL East. 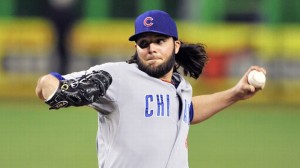 Once again the Atlanta Braves are in a dog fight with the Nationals in the NL East. This year the Braves wanted a left arm to help them so they went to Chicago where they picked up LHP James Russell as well as INF/OF Emilio Bonifacio with some cash for a minor league catcher. I’m surprised Chicago didn’t get more, but it may be a salary dump as Russel has struggled recently.

Miami and Houston even got involved in the dance as they traded prospects in their continuing rebuilding efforts.

Who was the Winner?

Many say the Boston Red Sox won this year’s trading deadline even though they won’t make the playoffs this year. The Red Sox built up their team for next year as this season they may become the first team to ever go from last place in their division to winning the world series and back to last place in consecutive years. Others say the Detroit Tigers are the ultimate winners as they essentially received David Price for Austin Jackson. The Tigers can now show off both the AL MVP and AL Cy Young award winners from the last three years. Their rotation is formidable to say the least. The other possible winner could be the Oakland Athletics as Billy Beane appears to be taking a gamble away from his Moneyball to go out and win right now.

Who were the biggest winners and losers today? Let me know!

When you're parked on the interstate for over an hour, you post on Instagram for the first time in months!
Christmas is a time of many boxes and lots of wrapping paper, some of Rusty's favorite things. Merry Christmas from this spoiled cat 🎄
Rusty is outgrowing his favorite box.
Looks like this scarecrow has had enough of 2020, too.
Loading Comments...
Comment
×
%d bloggers like this: