As I rolled out of bed this morning I turned my phone on and was hit with some disheartening news.

Stan Kroenke, worth approximately $5.8 Billion of Walmart money (according to Forbes), had purchased 60 acres near Inglewood, California this summer. This morning, the Los Angeles Times published an article showing the Rams’ owner intends to build an 80,000 seat, futuristic NFL stadium on the site in a combined effort with Stockbridge Capital Group.

I have always tried to stay level-headed over the years as Kroenke, shrouded in silence, appeared to make moves towards moving the NFL Franchise to L.A. It’s a little bit more difficult to be level-headed this morning.

However, this news doesn’t mean as much as some people are making it out to be. This news merely states Kroenke’s intent to move the team out west.

Over the years Los Angeles has been used as leverage by owners who want more from the city their team is currently in. When Minnesota found themselves in need of a new stadium, their owner was sure to remind the area that he could simply move the team to L.A. if he didn’t get what he wants. Minnesota is just one example; owners all over the league have been taking advantage of the vacancy in L.A.

The Rams, Chargers, and Raiders have been closely linked to Los Angeles in recent years. This is Stan making a power move to get his team in high-priced L.A. where their second most popular NBA team recently sold for $2 BILLION. Kroenke now has the power to build a stadium with his own money on his own land without the need for public tax money. The Raiders and Chargers can’t afford to make a move like this.

There are still large questions to be answered. A main aspect of this situation, which many people are forgetting, is what the NFL wants. The NFL’s relocation rules are clear; however, the NFL isn’t exactly known for following their own rules. The NFL decided to bend their ownership rules when Kroenke bought the team in the first place. In February, Goodell told St. Louis to stay calm, simply saying Kroenke is a land developer just buying land. On the other hand, the NFL’s top officials have been relatively quiet recently.

Article 4.3 of the NFL’s constitution and bylaws confirms that each club’s primary obligation to the League and to all other member clubs is to advance the interests of the League in its home territory. This primary obligation includes, but is not limited to, maximizing fan support, including attendance, in its home territory. Has Kroenke made an honest effort in St. Louis? If anything, this announcement is going to give Rams fans even less reason to go to games in 2015. If Rams don’t go to games in 2015, Kroenke can use it as another reason to move the team. That’s not quite fair, is it?

Article 4.3 goes on to say that no club has an “entitlement” to relocate simply because it perceives an opportunity for enhanced club revenues in another location. Furthermore, the NFL requires prior approval by the affirmative vote of three-fourths of the member clubs before a club may transfer its franchise or playing site to a different city either within or outside its existing home territory. There’s still a lot of questions regarding the other owners’ willingness to allow Kroenke to make this move. 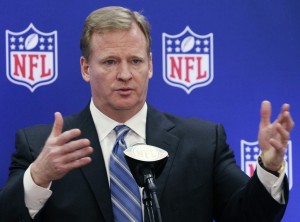 None of these hoops have been jumped through. The vast majority of the steps haven’t even been formally discussed. Kroenke’s side has been close to silent. Some NFL analysts say that the league’s silence on the issue is a sign that it supports Kroenke’s idea, saying that Goodell would have taken a stronger stance if he was strongly opposed. Others say the NFL is simply waiting for Kroenke to officially begin the process before it states its opinion. There’s no guarantee the NFL wants the Rams in Los Angeles. Perhaps their perfect scenario is a new stadium in St. Louis and Los Angeles.

St. Louisans are well aware of MIssouri Governor Jay Nixon’s task force created in an effort to present the Rams with the city’s greatest, feasible options. Nixon called upon former Anheuser-Busch president David Peacock and Clayton attorney Robert Blitz to put together the best plans possible. Nixon said the group must “analyze the current situation and provide me within 60 days a briefing that lays out our possible options.” The end of the 60 day period is coming up at the end of this month.

St. Louis is going to counter with their best offer. Will today’s news lead to the city eventually adding more public funding in an effort to have the team stay?

In the end, I hope the NFL follows its own rules as this situation plays itself out. After a horrendous year of not holding itself accountable in 2014, Goodell can start 2015 on the right foot by reading his league’s bylaws and following them closely. Give St. Louis a realistic chance, regardless of the Rams’ owner’s greedy, heartless intentions. If Kroenke goes through these steps legally and the NFL approves the move then good riddance.

It’s not time to panic yet, but it’s certainly time to pay attention.

St. Louis’ task force was the first group to respond. They released this statement saying that their proposal could be published as early as Friday.

According to BleacherReport, Kroenke actually stated he will move his team with or without the NFL’s permission. Now, there isn’t too much evidence behind this report. This could be a sports website trying to take advantage of a story they knew they could get web traffic from. If in fact it is true, it’s exactly what I don’t want to see. Kroenke should not be allowed to use his wealth to do whatever he wants. The NFL has a responsibility to follow its own rules.

The NFL responded, but didn’t say much. This article mentions 2015’s uncertainty even though Goodell has already promised there would be no team in Los Angeles in 2015. But, as I said earlier, when has the NFL ever back up their own word/rules? (Besides.. could they feasibly complete an 80,000 seat stadium in the time before next season starts??)